The RELaTED project consortium met in Belgrade to share the progress made in recent months. It was the third General Assembly of the partners, who  presented during four days their advances in the innovative concept of decentralized Ultra-Low Temperature (ULT) network solution that proposes the RELaTED project. 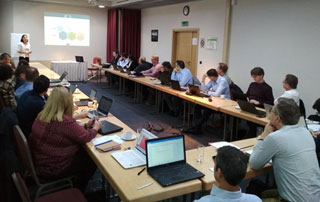 This project, funded under the European Union’s Horizon 2020 research and innovation programme, aims to develop a robust ultra-low temperature concept, which allows for the incorporation of low-grade heat sources with minimal constraints. The solution also can pave the way for expanding and modernizing existing district heating networks as well as introducing and establishing district heating in emerging EU markets.

The meeting took place in the city of Belgrade, in Serbia, one of the four demonstration sites where the RELaTED concept will be tested. Belgrade is the capital and largest city of Serbia and has a large district heating in operation, which comprises 750 km and delivers 3500 GWh to approximately 50% of the city. Its urban area has a population of 1.34 million, while over 1.65 million people live within its administrative limits. 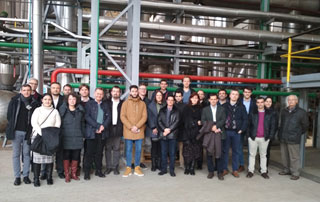 The 3rd meeting of the RELaTED Project Consortium began on November 28 and was attended by the European Commission Project Adviser, Kamila Paquel, who highlighted how the project may contribute to reaching clean energy and climate goals in the European Union.

The stay in Belgrade was also used to visit the facilities of Beogradske Elektrane. There, the rest of the members were shown its general functioning and were explained the process of implementation of the RELaTED concept, which means a boost of renewal and innovation in its distribution network, in places such as dwellings and a school.

After these intense days of meetings and work, the project partners are satisfied with the progress made in this innovative district heating concept that will contribute to improving the energy efficiency of European district heating networks. Well done!