In April, NIBE delivered the last district heating reversible heat pump (DHRHP) and accessories to the last demo site Iurreta, Bilbao in the RELaTED project. These heat pumps together with the earlier heat pump, that was shipped to the DTI demo site in Copenhagen, were specifically adapted for the Ultra low temperature district heating (ULTDH) application. This means that these heat pumps typical source temperatures between 0 – 10 ℃ have been increased to 30 – 40 ℃. Also, safety functions have been implemented to utilize pure water as source media instead of commonly used frost protected liquids. 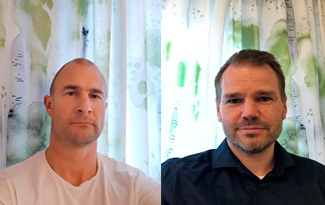 The DHRHPs have also been modified so they can provide cooling to the building they are installed in, while the produced heat is injected in the ULTDH. This heat can then be used by the customers next in line of the ULTDH grid.

“The district heating reversible heat pump (DHRHP) typical source temperatures between 0 – 10 ℃ have been increased to 30 – 40 ℃”.

Due to the relatively high source temperatures, high COPs (ratio between delivered heat and the electrical power input to the DHRHP) were achieved, typically between 6 – 11 measured in the NIBE laboratory. This means that only 1/6 (16,7 %) down to 1/11 (9,1 %) of the energy supplied, comes from electricity and the rest is from the ULTDH grid. Thus, the total energy efficiency for such a system depends strongly on the source/source mix as well as the overall performance of the district heating grid and heating facilities. However, due to the low grid temperature in ULTDH, the conditions are favourable for reaching a high total energy efficiency of the system with low heat losses and high process efficiency.