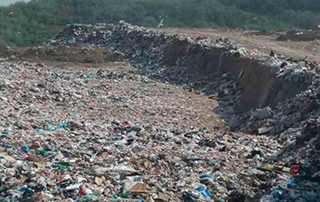 The project, the first of its kind in Serbia, addresses one of the most urgent environmental challenges in Europe updating the City’s existing waste management practices and enhancing Belgrade’s renewable power and heat generation capacity.

Beo Cista Energija – the joint-venture formed by Suez, Itochu Corporation and Marguerite entered into a 25-year Public-Pivate Partnership with the City of Belgrade to deliver modern waste management infrastructure for its 1.7 million population.

The project is intended to closure the existing landfill at Vinca which has accumulated more than 10 million tonnes of waste over four decades of operation and is considered to be the biggest unmanaged landfill in Europe, and construct an Energy-from-Waste facility (waste incineration and power generation plant) to turn waste into energy for the municipal district heating system and grid. This environmentally friendly waste management system will treat 340,000 tons of municipal waste annually, equivalent to around 66% of the total municipal waste generated in Belgrade, and generate renewable heat and electricity equivalent to power consumption for approximately 30,000 households in Serbia.

Municipal heating company Beogradske Elektrane, partner of the RELaTED project, is responsible to provide the Serbian capital with heat produced from the energy recovery of waste.