Use of low and ultra-low DH temperatures, that proposes RELaTED project, results in an increase of the energy efficiency of the heating system. However, the low temperatures in general also increase the risk of Legionella. This emphasizes the need of finding safe Legionella solutions for the domestic hot water (DHW) production from district heating (DH).

Focus has been on both large installations in multi-family houses and commercial buildings often using a storage tank for hot water, and for smaller installations in one-family houses or in each flat in newer multi-storey houses with instantaneous heating by a heat exchanger. A survey of various challenges and solutions can be found in the IEA Guidebook “Future Low Temperature District Heating Design Guidebook” from 2017 [5]

This report is part of the section 4, about legionella barriers and actions concerning domestic hot water (D.2.2. Interconnection schemes for consumer installations). 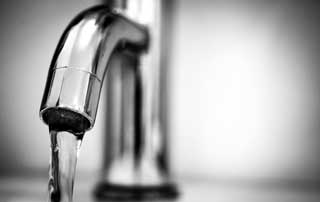 Especially in Germany and in the Scandinavian countries, where energy efficiency reasons have caused considerable attention on reducing the DH flow and return temperatures, focus have been put on initiatives for preventing or reducing the risk of Legionella from DHW at low DH temperatures. Some of the measures have gone towards designing the water installations and DH connections, so Legionella does not develop so easily.

Discussions and preliminary investigations at German branch institutes for water and district heating supplies (DVGW and AGFW) resulted in a preliminary conclusion that small DH installations heated by small water volumes (up to 3 l) and with small length installations pipes apparently result in less likelihood for Legionella. German universities were also involved, and further research activities were started up [6a], as well the conclusion became a part of the CEN/TR 16355 recommendation [7].

The preliminary German investigations have been followed up, see e.g. [6a-c] but at the moment still without clear conclusions and documentations concerning small water storages of up to 3 l.
The German indications that the use of small drinking water exchangers could be the solution, when reducing DH temperatures, have further resulted in various related research in Denmark and Sweden.

The Danish activities have mainly had focus on practice tests for finding out what happens with DH units when installed like in practice and when tested at various DH and water temperatures. Tests were made on 5 different installations/test rigs at various Danish DH supplies. Tests were made over 2 separate periods/phases and included frequent temperature tests and Legionella analysis.

The results were not quite as expected. Overall, there was no significant correlation between operating temperatures and levels of cultured Legionella or Legionella detected by PCR (Polymerase Chain Reaction). There were two installations where L. pneumophila was not detected at all, and there were two installations where there was no constant detectable difference in the levels of L. pneumophila between water at 45 degrees C and 55 degrees C. That is, there are other ratios (unknowns) than the temperature level that has occurred for Legionella to / could not establish.

Further some of the results points to that existence of Legionella might be affected from the incoming drinking water coming in. Often water installations are being laid out for greater consumption than in fact exists, which is a problem for the drinking water quality as well as for the heated water. The full effect of this challenge is not yet cleared up.

Often water installations are being laid out for greater consumption than in fact exists, which is a problem for the drinking water quality as well as for the heated water.

The Danish tests and the results were together with Swedish tests presented at a thematic day at DTI 24 September 2018 [8a-b]. The Swedish tests have until now comprised various laboratory tests including Legionella analysis for finding out how units and installations can be designed and optimised for preventing Legionella. In continuation of the thematic day, discussions have been started up for further knowledge exchange as well for in the future coordinated research efforts.

In context with the above the Danish Agency for Health, SSI, had a presentation [8c] showing that according to [3] Legionella is still in high focus and in some countries in fact is increasing, e.g. Denmark and Slovenia. Both real increasing Legionella problems and more insight into being able to detect Legionella were pointed out as possible reasons.

It was from the presentations concluded, that Legionella disease is still a serious problem as well as considerable challenges still exists in relation to finding safe solutions with handling of DHW at low DH temperatures. The conclusions call for use of supplying heating possibilities for in shorter periods (thermal treatment) to increase the water temperature up over 60 °C.
The microbooster solution, which is in focus in the RELaTED project, might thus be an important step in finding Legionella safe solution for ULT DH.

Legionella disease is still a serious problem as well as considerable challenges still exists in relation to finding safe solutions with handling of DHW at low DH temperatures.

Another possibility is to combine with actual cleaning methods, in combination with control of the content of Legionella in the installations. Especially, control is in focus in relation to larger DHW solutions.

Both thermal treatment and other cleaning methods are shortly described in the section 4.2.3 of D.2.2. Interconnection schemes for consumer installations.

Prevention of Legionella by cleaning methods
Various methods for cleaning of water installations are presented below:

Thermal treatment is based on that Legionella bacteria will be killed at temperatures higher than 60 °C. The best effect is obtained by rapid changing the temperature (“Temperature gymnastics”) e.g. by use of an electric heater element. Various temperature shock effects are being prescribed according to use and traditions and the method is being used both for regular and controlled cleaning as well as for cleaning bacteria disinfected water installations. In EN 806 [9] and in CEN/TR 16355 is described the importance of a facility for enabling the temperature to be raised to at least 70 °C at any point in the water installation, why ETG [11] prescribe a shock treatment to be at 70 °C to 80 °C.

Thermal treatment is based on that Legionella bacteria will be killed at temperatures higher than 60 °C.

For checking the thermal, a monitoring of temperature is sometimes installed in larger circulation systems. The system monitors the temperatures in ascending and circulating circuits and provides an alarm at too low temperatures. The plant can connect directly to the property’s CTS facility, or send a SMS to the selected person.

Chemical treatment cleans the installation with use of chemical biocides like chlorine, chlorine dioxide, ozone, monochloramine and hydrogen peroxide and is often used for cleaning bacteria disinfected water installations. Use of copper-silver ionization is another treatment. Effective chemical treatment requires precise control of dosage concentration and of residuals and odor, which is one of the weak points of these methods. It further means that they in general are being used at larger water installations were the effect can regularly be surveyed.

Physical treatment of water includes membrane filtration and UV sterilization. Membrane filtration is based on membranes with a large number of microscopic pores which retains the bacteria. They are very efficient and are often used for physical treatment in installations with high health risk. Because of the regularly need of cleaning or renewing of the membranes, they are however in general expensive. UV methods, which cleans the water by ultraviolet light, which damage the bacteria DNA replication, has become rather popular due to a rather uncomplicated installation and low price.

Chemical and physical treatments might, in various kind, be combined for covering short-term and long-term treatments.